Home of the Red Raiders

Each year, Mrs. Diane Caton works with students in preparation for the annual K’Nex competition. This year, Meyersdale MIddle School would have been represented by two teams of highly talented and creative boys and girls. Unfortunately, school closures forced the cancellation of the March 17 competition. This year’s challenge was to create a model of energy conservation based on the following statement, "By conserving energy, we can reduce air and water pollution, lower our electric bill and create a healthier planet.  Your team's challenge is to create a way of conserving energy in the future.  For example, transforming energy from one object to power another or creating a new type of energy to power a city.”

“This team of students has been in the K'nex program since they were fourth graders. They have high expectations for themselves and they nail it every single year. I am certain that they would have been successful at this year's competition because of their dedication.  After competing at both the regional and state level in the past, all four of these students know how to speak to the judges and they are very convincing,” Caton explained. “Unfortunately for this group of students, they have completed all of the competitions that they can attend as the competition ends after 8th grade.  I hope that regardless of the fact that they didn't get to compete (and win) this year, they have been amazing and our teachers and administrators could not be more proud of them!”

Team 1 worked on their project every Tuesday morning during PLT  (Personalized Learning Time) time from December to March.  They also worked during sixth period in February and March to finish all of the required components. Teams are required to journal their progress, calculate price, create a blueprint and create a tri-fold information board.  They practiced building their project within the time limit in an after-school session.

“Their project was called the ‘Dump Site Inn.’ It was a multi-level condo building that was fully powered by gases released from a landfill. They included a cleaning station to convert wastes into electricity.  The elevator, fans, heat and electricity are all powered using these gases and carbon nanotubes.  The condo reduces the amount of waste that is thrown into the ocean, hurting animals, while reducing air pollution,” Caton explained.

“These boys were very dedicated as they gave up their own after school free time to stay after school and work on their project and all of its components.  Their project was called "Pee Power."  In their town, the urine was sent to a device that would take the electrolytes out of the urine and convert them into energy.  These electrolytes create what they called "electrogas" that could power vehicles of any type.  They also created a ferris wheel and a carousel that are powered by electrolytes.  This type of energy is never ending and costs very little to create using their separating device,” Caton explained.

“I am very proud of these boys for finishing a project and coming up with a truly unique idea.  This was the first year that they were to attend the competition but I truly feel that they had the potential to come home with a trophy. I hope that they choose to use some of their PLT time to come together as a group to compete next year."

Both teams deserve applause for their efforts and innovation! 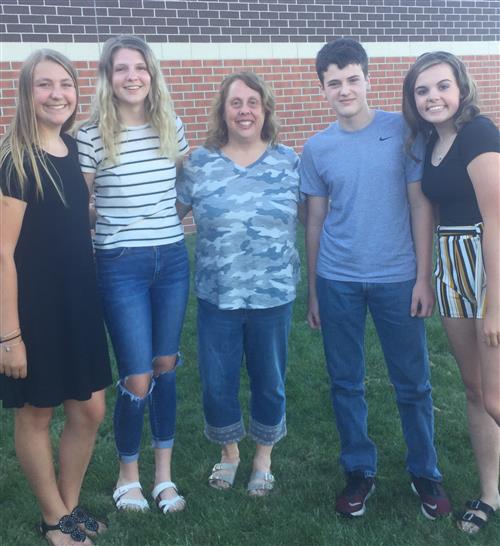